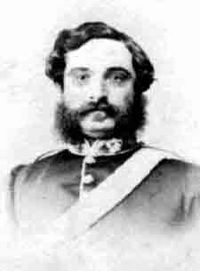 A young Charles Le Cornu in the uniform of Militia Captain 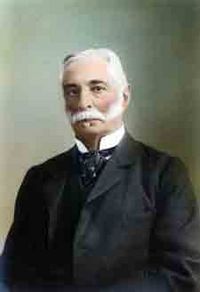 He was educated at Southampton and joined the Militia as an Ensign at the age of 18, transferring rapidly from the North-West Regiment to the Artillery. In 1873 he became Adjutant-General with the brevet rank of Lieut-Colonel. On the reorganisation of the Militia in 1881 he was appointed Assistant Adjutant-General, with the rank of Lieut-Colonel, holding this position for 15 years. He was appointed honorary Colonel in 1885 and at Queen Victoria's Diamond Jubilee in 1897 he was made a Companion of the Bath.

He was appointed the Queen's aide-de-camp and later served Edward VII and George V in the same position.

From 1875 to 1881 he was a Deputy in the States of Jersey and oversaw the construction of the new markets and the road through Beaumont.

His interest in agriculture saw him acting as a judge at the Royal Jersey Agricultural and Horticultural Society's shows at the age of 22 and he was secretary of the agricultural section for ten years from 1857. He was responsible for the introduction of the Herd Book, in which all cattle in the island have subsequently been registered. He served as the society's president from 1870 to 1872 and was also an active member and judge of the Royal Agricultural Society of England. The various pamphlets he wrote showed his knowledge of all aspects of the farming industry in Jersey.

He was a founding member of La Société Jersiaise, and president from 1882 to 1905. He wrote regularly for the annual bulletins and had an extensive collection of Jersey documents which were presented to the Société on his death. 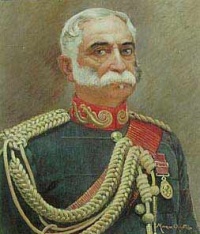 In 1871 he bought the fiefs of La Hague, Blanc Eperon, Nobretz and Niesmes in St Peter, and took a great interest in the parish and its church, taking responsibility for the restoration of the church and publishing its history.

In 1858 he married Anne Helleur, daughter of Lieut-Colonel Philip Helleur. They had a son, Charles, and four daughters, Anne, Emily, Mary and Alice.

As ADC to Edward VII, Col Le Cornu was invited to the Coronation in Westminster Abbey
Retrieved from "https://theislandwiki.org/index.php/Charles_Philip_Le_Cornu"