The Countess of Jersey addresses the Primrose League in 1894

The first Earl of Jersey, Edward Villiers, was given the title in 1697, and there have now been ten Earls, although only the two most recent have lived in Jersey or had any connection with the island.

His son, the fourth Earl, was a politician and served as Vice-Chamberlain of the Household, as Master of the Buckhounds and as Captain of the Honourable Band of Gentlemen Pensioners. He was succeeded by his son, the fifth Earl. He was a Tory politician and served as Lord Chamberlain of the Household and as Master of the Horse. Lord Jersey married Sarah Sophia ( -1867), daughter of John Fane, 10th Earl of Westmorland, and his wife Sarah Anne (1793- ), daughter of Robert Child. Through this marriage the private bank Child & Co came into the Villiers family. In 1819 Lord Jersey assumed by Royal license the additional surname of Child. On his death the titles passed to his son, the sixth Earl. He sat as Conservative Member of Parliament for Rochester, Minehead, Honiton and Weymouth and Melcombe Regis and Cirencester. He succeeded in the earldom on 3 October 1859 and died on 24 October 1859, having held the title for only 21 days. Lord Jersey married Julia, daughter of Prime Minister Sir Robert Peel, 2nd Baronet, in 1841.

He was succeeded by his son, the seventh Earl. He served in the second Conservative administration of Lord Salisbury as Paymaster-General from 1889 to 1890 and was Governor of New South Wales from 1890 to 1893. On his death in 1915 the titles passed to his eldest son, the eighth Earl. He served briefly under David Lloyd George as a Lord-in-Waiting (government whip in the House of Lords) from January to August 1919. In 1923 he sold Child & Co to Glyn, Mills & Co. His son, the ninth Earl, was a Major in the Royal Artillery (TA). 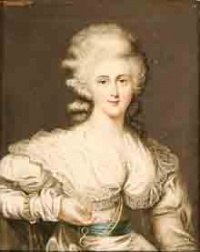 The wife of the 5th Earl, a leading London socialite in the 19th century

The principal family properties were Osterley Park, Middlesex, Middledon Park, Oxfordshire and Baglan House, Glamorgan. The Earl found these homes impractical for modern living and opened Osterley Park to the public in 1939. During the war it housed Glyn Mills Bank and in due course the house and grounds were given to the National Trust and the contents acquired by the Victoria and Albert Museum.

In 1949 Lord Jersey bought Radier Manor in Jersey and moved to the island with his third wife, Bianca Mottironi, of Turin. He established a number of business interests in the island and also started an award-winning herd of Jersey cattle at his farm, Val Poucin.

He was pre-deceased by his two sons, George Henry and Charles Victor, and on his death in 1998 the Earldom passed to his grandson, George Francis William Child-Villiers, who was born in Jersey, and whose mother was Sandra Jane Hooper Valpy, the last surviving member of the Valpy family. The present Lord Jersey, the 10th Earl, is an actor, writer and producer, known professionally as William Villiers.

The family surname, Child Villiers, is technically unhyphenated; however, interestingly, the birth certificate of the current Earl lists Child Villiers as hyphenated and therefore the name is now hyphenated. The second part of it is pronounced "Villers", and it is commonly mispronounced. 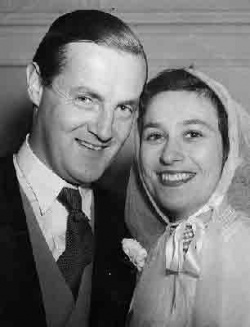 The 9th Earl and his third wife, Bianca Mottironi

Throughout the years, the Jersey family have been linked with historic occasions and their history is laced with important figures (and a few scandalous ones!). The current Earl is a descendant of Sir Robert Peel, Prime Minister and father of the Police Force, among others. The Jersey family is linked with other aristocratic families such as the Clarendons, the Spencers and the Baths. He is a direct descendent of William the Conquerer.

Arguably the most famous of the Jersey family was Sarah Sophia who was a well known socialite and who was a great friend and confidante of Lord Byron and Goddaughter to the Duke of Wellington.

However Frances Twysden, who married the 4th Earl, was heavily involved in the running of the house of the prince of Wales and had an affair with George IV. She is the countess mentioned in the book and film, The Duchess. Her father, the Bishop of Raphoe, was known as the highwayman Bishop and he was shot dead whilst robbing a stagecoach in London.

The 7th Earl was godson to Queen Victoria and Governor of New South Wales.