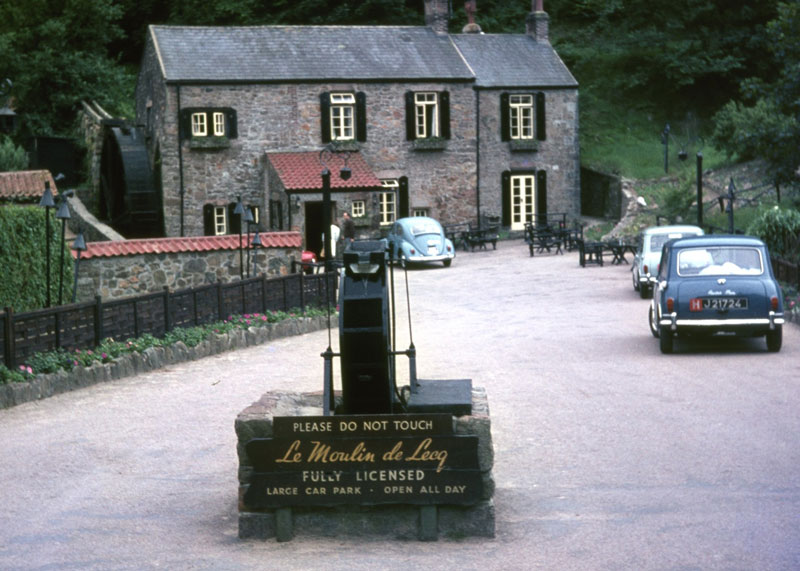 Le Moulin de Lecq, at Greve de Lecq was one of the ancient water mills in Jersey and retains the name it bore 600 years ago.

Formerly a fuller’s mill, with parts of the mill dating back to the 12th century, Le Moulin de Lecq is a historic landmark featuring the largest water wheel on the Island.

The outside water wheel weighs 18 tons and has a diameter of 21 feet and works entirely by the weight of water as it did hundreds of years ago. The Germans requisitioned the wheel to generate power for their search light batteries throughout the war years until the liberation.

In April 1955 the mill was granted a license, and it was decided to convert it into an inn of unusual character.